It’s any airport USA at 2:00 a.m., and someone finally makes the announcement that the 6:00 p.m. flight will board soon.

The catatonic crowd in the packed waiting area begins to form a line. They’re tired and relieved to be getting on their way.

In a super-perky voice, the gate agent then welcomes the titanium, topaz, and teflon flyers and makes a big deal about them standing to the right of the rest of the crowd so that they may cross over a red bathmat before showing their boarding passes.

Once that collection of special status holders is taken care of, the agent starts loading passengers by boarding group and ceremoniously blocks off access to the all-important two-by-four-foot carpet square.

As she checks boarding passes, she half-heartedly asks people to stow their smaller items under the seat to leave room for larger bags in the overhead bins.

Onboard, the flight attendants don’t seem to care too much about bags either. Consequently, plenty of coats and small items fill the only storage area that can accommodate a suitcase.

It doesn’t take a mind reader to know what happens next. There’s no room left, and the remaining passengers have just had another 40 minutes or so added to an already miserable excursion.  Thanks, airline! With a modicum of effort, everyone’s bag could have fit, but not tonight.

So, what’s the point of that little story? Shouldn’t special flyers be entitled to certain perks? Of course.  Great customers certainly deserve an organization’s appreciation, but do you think the carpet walkers really care about that two-by-six square? Here’s a hint; they don’t. What’s important to “superusers” is a topic for another time, but what all customers with carry-on baggage, regardless of status, do care about is carrying it on the plane.

By wasting people’s time, the airline managed to make the skies and the ground anything but friendly. Oddly, that same company will spend millions on marketing in an attempt to build relationships with the customers.

For a company to have anything but a dysfunctional relationship with its customers, however, it must show them respect. Without it, the rest means nothing.

At the heart of disrespectful service are three errors: Taking actions that charge customers money they don’t expect to spend, costing customers time they don’t have to give, or failing to deliver on promises.

Fatal Error One: You Cost Your Customers Money They Don’t Expect to Spend

If you’ve ever made a reservation at a hotel with a plan of arriving late, sleeping, and checking out first thing, you’re like many business travelers. If you’ve also had that in-and-out plan along with the experience of unexpectedly encountering a property with a hefty resort fee charged to all guests regardless of use, you know what it is like to part with money and not feel good about it – even if that money isn’t yours.

While there’s nothing intrinsically wrong with having a resort fee, what is wrong is leaving off the total when the reservation is booked. It’s dishonest. If the fee isn’t optional, it is part of the cost of the room and should be listed as such.

Be transparent about your fees. Customers have a right to know what things cost. When they don’t, they don’t like you very much.

If you happen to be in a business where fees depend on what you encounter, be upfront in the beginning. Better still, offer a range. If your kitchen remodel is relatively straightforward, you’re looking at XYZ dollars. On the other hand, if we find water damage, asbestos, pipes we have to move, or structural problems, you can expect costs to go up substantially. Worst case, you’re looking at $XYZ + $ABC.

For organizations that primarily serve internal customers, currency may be something other than money. Even so, an implicit obligation to be transparent still exists. If people feel you’re taking advantage of them, you’ve failed.

Think about how you communicate money to your customers.  Do you do all you can to make costs easy to understand?

Fatal Error Two: You Cost Your Customers Time They Don’t Need to Spend

If you’ve ever been to a well-run theme park on a busy day, you’ve witnessed staff who are exceptional at safely moving huge numbers of people through the gates, on and off rides, and in and out of restaurants. Sure, the lines are long, but nobody is waiting one second longer than absolutely necessary.

In contrast, if you’re working in a venue where long lines exist and guests can see obvious inefficiencies, watch out. The most tolerant bunch of people will transform into loud and impatient customers who transform annoyance into hatred right before your eyes.

Nobody enjoys having their time wasted. Great service providers walk in their customers’ shoes. They see the customer experience through the customer’s eyes. They know that it’s important for staff to be responsive and do what they can to avoid wasting a customer’s time.

Think about those bumped airline bags. If you asked the people separated from their suitcases what made them most angry, many would tell you it was the 40 minutes they spent at the baggage carousel.  Weather happens, and it can’t be controlled. Failure to accommodate suitcases can.

Look at your customers’ interactions with you. Are there places where inefficiencies exist that could be eliminated without sacrificing safety or something else your organization values? If so, show your customers some respect by becoming more efficient. If you are not sure where you could make improvements, ask your customers. They probably know. They’ve certainly had enough time to think about it while waiting for you to get your act together.

Fatal Error Three: You Fail to Deliver on Your Promises

Companies that fail to deliver on their promises erode customer trust. Don’t believe it? Think about toy commercials from your childhood. How about the one that showed a toy doing something amazing, and caused you to develop an obsession.  You wanted it.  You told everyone.  It was on the top of your wish list.  Then, someone finally bought it for you.

Weren’t you a little disappointed when it didn’t behave as advertised? It didn’t fly on its own or drive on its own. You felt crushed. Maybe you even cried until somebody inevitably told you to toughen up and set you straight about exaggeration and the world of advertising. Nevertheless, you’re probably still a little mad about being misled. Your customers experience those same emotions when you don’t come through, and guess what? They don’t like you very much when you fail to deliver.

Take an inventory of your promises.  Where are you living up to your word, and where are you falling down? Start fixing those areas that are bound to cause disappointment or worse.

Being opaque about costs, making customers wait, and failing to deliver on promises all indicate disrespect. Each of those actions shows people you don’t value them, and you don’t think they are worthy of receiving better treatment.

In other words, you just don’t like them enough to do better. Is it any wonder they don’t like you back? 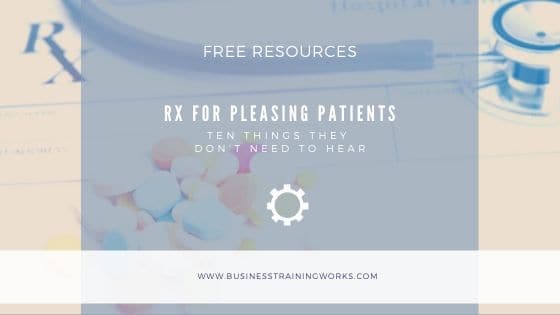 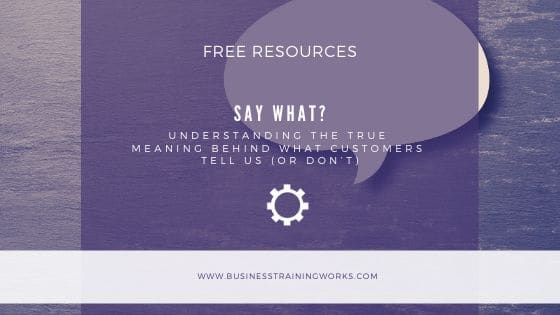 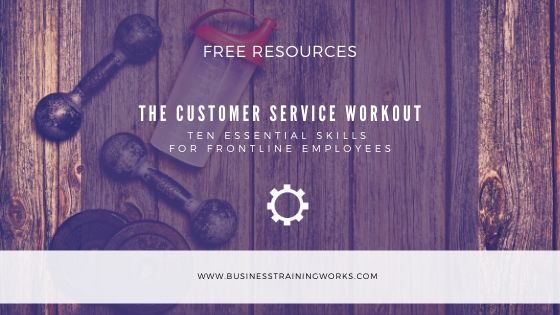 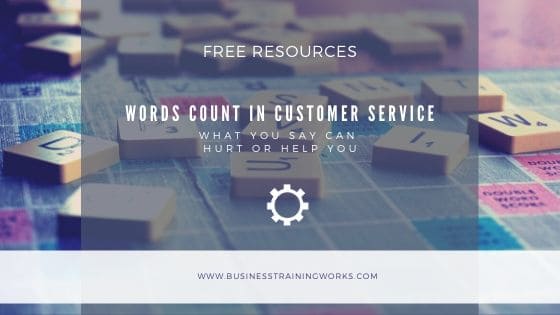 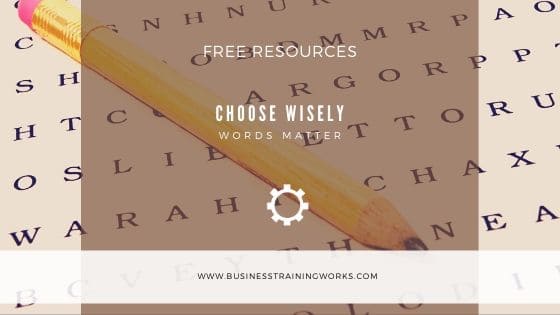 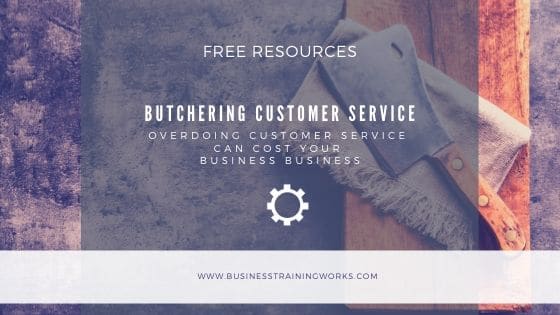 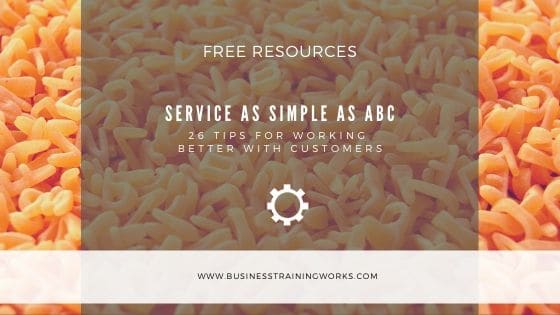 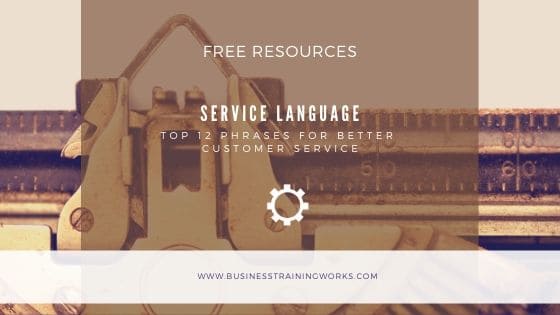 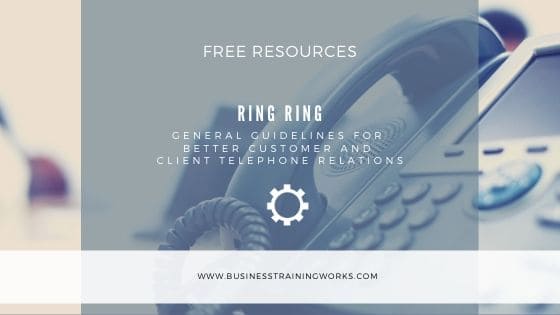 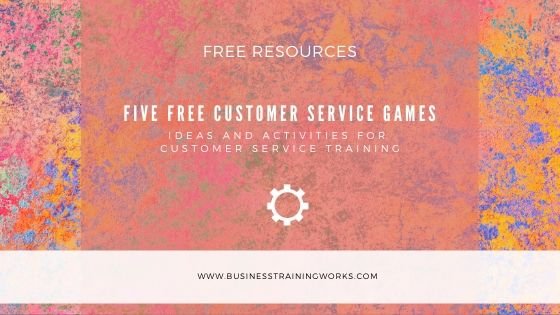 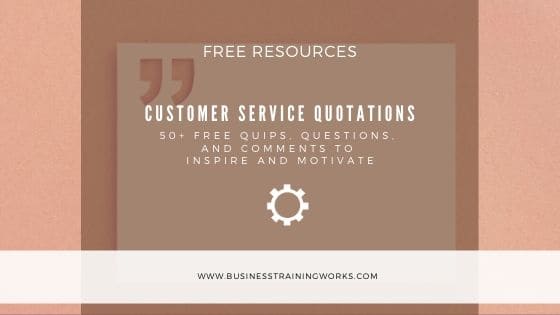 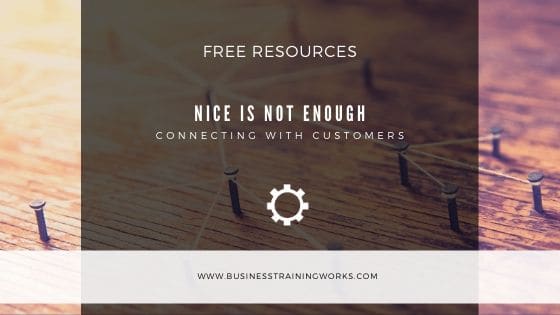