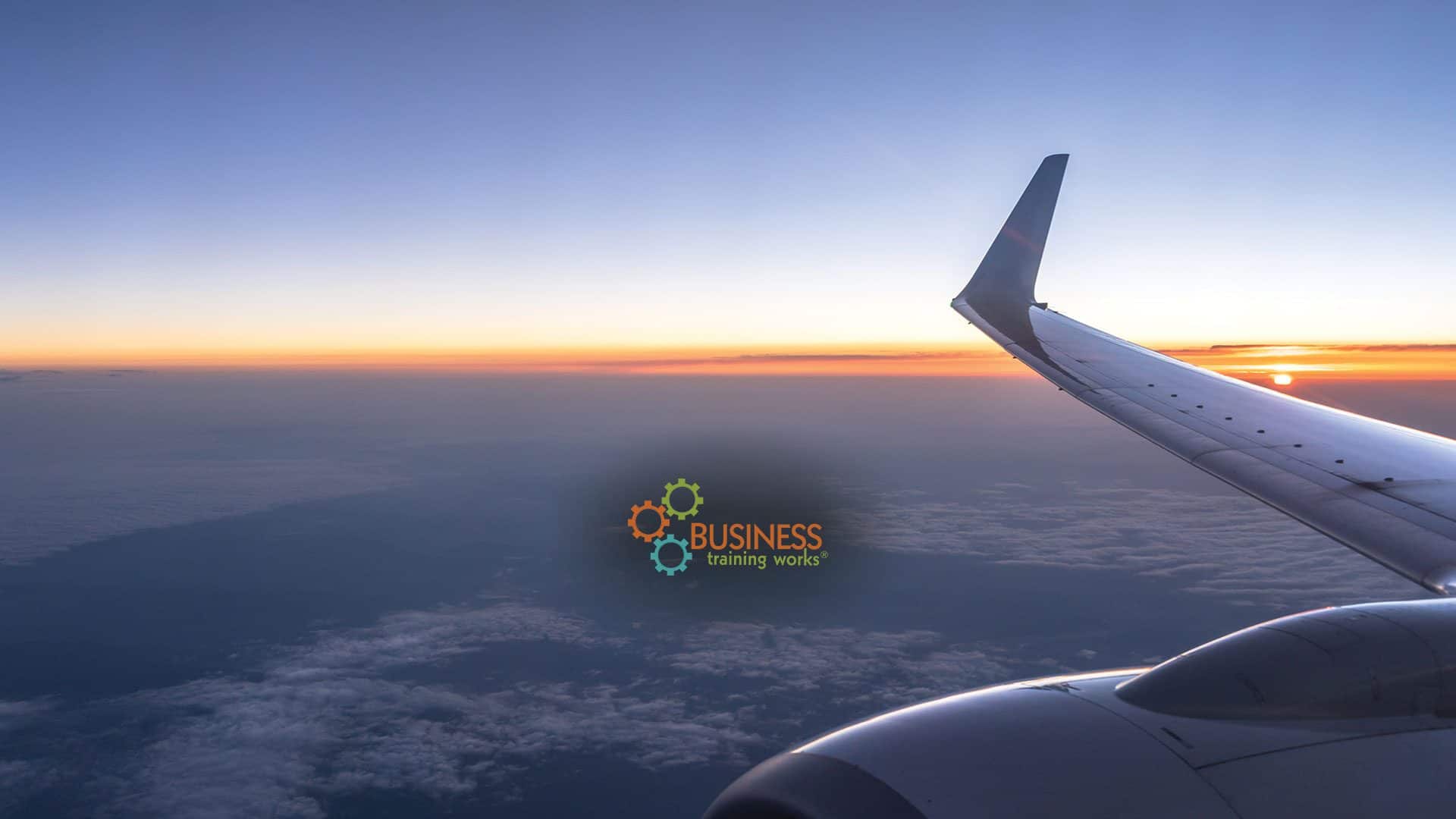 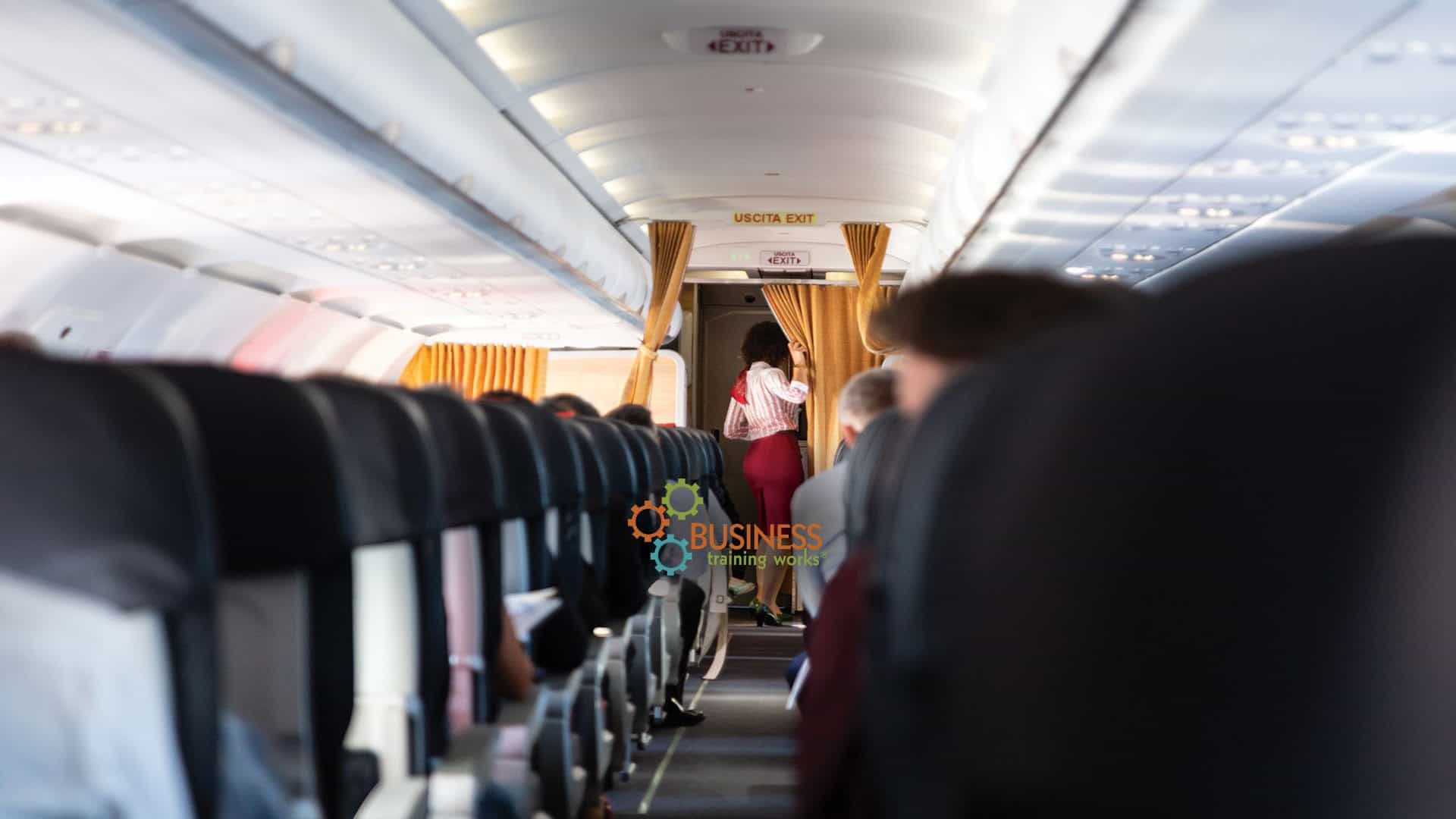 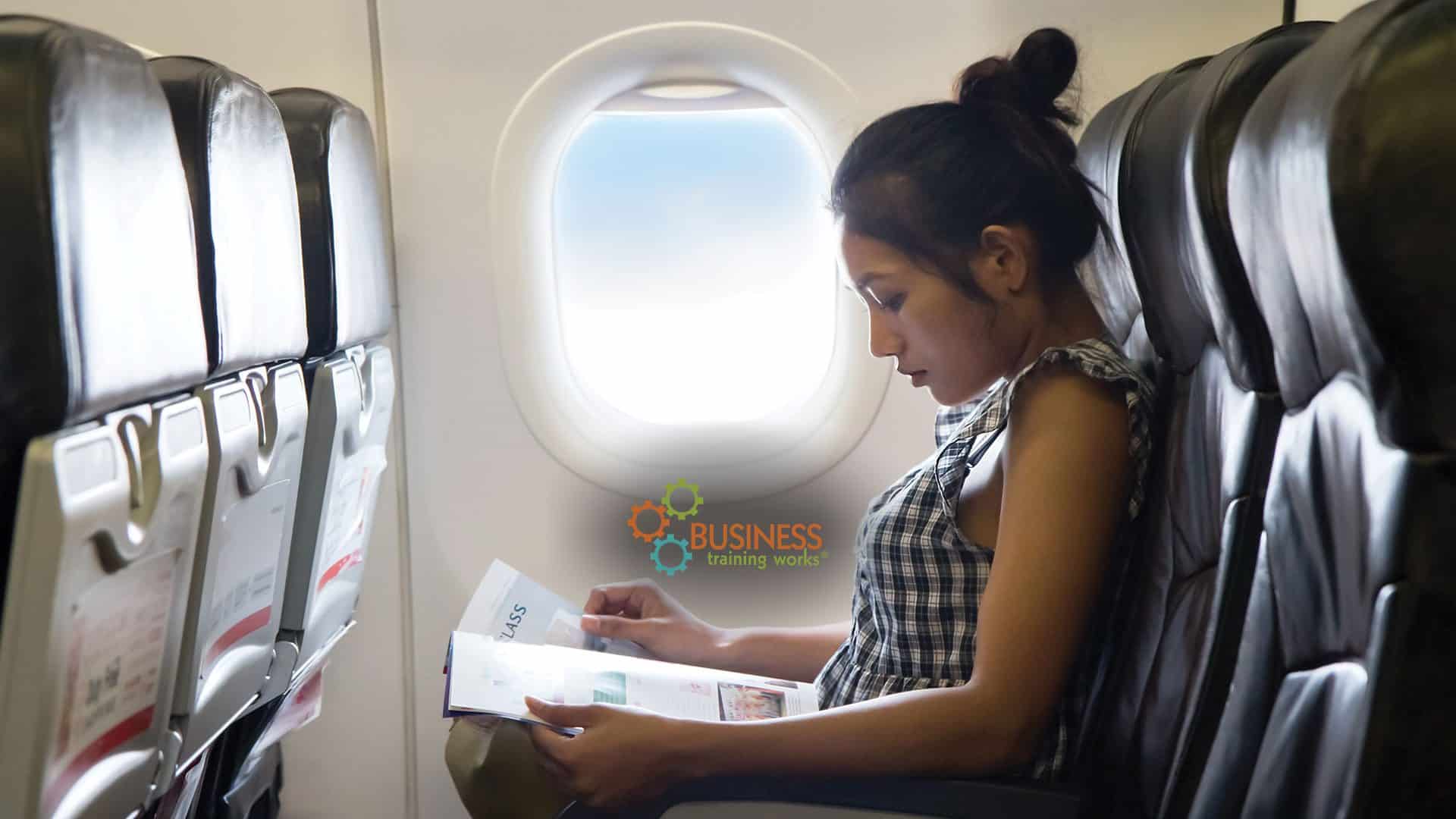 That's the Ticket: Up in the Air about Flying When Courtesy Takes a Nose Dive

There was a time when being an airline passenger was almost as deluxe an experience as taking the QE II or traveling on the Orient Express. Ladies wore hats and gloves, men were dressed in suits and ties, and “stewardesses” looked like Vogue models. Those days are long gone.

I may be wrong about this, but there may be some correlation between the casualization of our culture and the decline of good behavior, especially where air travel is concerned. Those “friendly” skies aren’t so friendly anymore, but don’t be too quick to lay the blame squarely at the feet of the TSA.

Airports rank right up there with hospital ERs in terms of their emotional volatility. Suitcases aren’t the only kinds of baggage passengers bring with them on the ride. Unlike driving alone in a car to your destination, you pretty much relinquish control of everything when you commit to traveling by air. Pretty scary, huh?

Even before you leave home, what you end up packing in your bags and putting on your body is determined by airport authorities. Unless you’re a frequent flyer, you may not know all the things you may have to toss or remove while going through security. It’s this lack of knowledge that contributes mightily to irritation from the get-go, both on your part and on the part of everyone around you.

If you don’t fly often, pay attention to the following so that fellow travelers won’t want to beat you senseless while you’re going through security.

Don’t put on jewelry or watches until you reach your departure gate.

Take off belts with metal buckles before you try to go through the screening.

Don’t wear shoes or boots that you can’t get off and on quickly (this is the only time I would advocate wearing flip-flops if you’re a business traveler).

Put your laptop in a tray by itself.

Don’t try to jump ahead of those who aren’t as savvy as you are.

If you’re the weakest link in the line, urge others to come around you.

Don’t try to re-dress yourself or repack your bags while items are still in the trays on the conveyor belt.

If you’re short on time but “know the drill,” anyone who is impeding your progress to the departure gate becomes your worst nightmare. Try to exercise some patience and quit blaming others if you haven’t given yourself enough time to make your flight. By now, you ought to expect the unexpected and plan accordingly.

If you haven’t bothered to get informed about airport restrictions beforehand, let others go ahead of you, and don’t argue the point with TSA personnel about your “not knowing.” You do now!

Don’t breathe too easily. The adventure has just started.

Once you’re at your departure gate, anything can happen. The monitor over your gate’s desk is your best source of current information. Yes, the gatekeepers may make announcements, but you probably won’t be able to hear what they’re saying. Their microphones may not be working, or they’re speaking too quickly or with too heavy an accent, or too many people around you are talking to others while on their cell phones. The point is: you can’t hear squat, so look at the monitor for information about your flight.

I was recently returning from a business trip to Houston, and the flight I was to be on was delayed four times. When the fourth delay was announced, we found out we would be on a different flight leaving from a different gate located in a different terminal.

My knowledge about all these changes came from the monitor rather than from the person making the verbal announcements. Those around me were making so much noise about the delays and voicing their opinions about the airline’s competence—or lack thereof—that I couldn’t hear anything.

No two airlines have the exact same boarding procedures, so assume nothing as you wait to hear your number or zone called. Lots of people will probably have their numbers called before you do, so settle down. Hoping the person scanning boarding passes won’t notice you’re in Zone 54 while Zone 1 folks are queuing up is selfish and slows the boarding process.

Cool your heels while those designated as Diamond, Sapphire, Emerald, or Ruby Travel Club members step proudly onto the red rubber bath mat that gets rolled out for “special” travelers. Someday you might make it out of the Cubic Zirconium group, but for now, let them bask in the moment. You have an assigned seat, don’t you?

I don’t know about you, but I like sitting by the aisle for multiple reasons. The window seat is a close second, but sitting in the middle is torture. I’d rather spend my flight time in the head or strapped to a wing.

If you find yourself with an aisle seat but the other two seats in your row are still vacant, use some common sense. Don’t belt yourself in until the flight attendant closes the door and makes the final cabin check. Chances are your two MIA seat mates have just done an O J Simpson sprint through the airport to make the flight. No need to worsen the situation by sighing heavily, rolling your eyes, or making comments about how their lateness has ruined everyone’s life—like, forever!

One regulation that isn’t up for debate is the number of items you can bring on board. This is routinely put to the test. Two means two.

While you may believe it unjust for airlines to charge fees for checked bags, it’s just as unfair for passengers to slow things down by insisting their golf clubs or cello will fit in the overhead bin just fine.

Be mindful of what you can or can’t hoist over your head. Pulling a suitcase with wheels through an airport is one thing. Getting it up and into a space that might accommodate a shoe box at best is quite another. If you’re the struggler, ask for help. People are very good about assisting, especially if you’re old, young, short, cute, or at least pleasant.

If you are seated under the bin the struggler is trying to fill or empty, be alert if you can’t be helpful. On more than one occasion, I’ve witnessed seated passengers stunned—if not injured—by falling computer bags, architectural blueprint tubes, and an Estee Lauder beach bag containing a fully smoked Virginia ham.

Coffee, Tea, and What’s for Lunch

Speaking of food, exercise some consideration for others during a flight. Even if you thought ahead and bagged up a tasty sardine and onion sandwich to munch on while soaring over the Rockies, you’ll probably not be the only passenger in the cabin. Even seasoned travelers get air sick, and the slightest whiff of odoriferous food might push them over the edge. Have a heart.

Ditto on the booze. This is a plane, not a pub. Even if you think a drink will settle your nerves, several won’t help the situation. Years ago, I had the misfortune of sitting next to a chap who made short work of three bourbon and Cokes during a morning flight from Pittsburgh to DC. The third one ended up in my lap since he was too loaded at that point to hold on to the glass.

While airlines might provide amenities that are meant to make passengers more comfortable, most planes aren’t designed or intended to function like full-service flying hotels. First and foremost, the flight attendants’ primary job is seeing to everyone’s safety. Beverage and food service, headphone sales, and blanket distribution are nice but not critical. Exercise restraint before summoning the attendant to refresh your drink, fluff your pillow, or console your wailing baby.

Airline personnel occasionally score headlines for saying inappropriate things to passengers, and this is never okay. But consider the multiple instances of bad behavior that everyone—personnel and passengers alike—is subjected to in airports and on planes. Paying attention and being more self-aware would improve the experience of flying for one and all.

So what has contributed to our loss of discretion in public venues such as airports and airplanes? Why do we imagine others around us can’t see or hear what we are doing or saying?

Surely the reliance on electronic devices has some part to play in our collective cluelessness about where we are. I spend a lot of time in airports and train stations, and one change I’ve noticed in recent years is that I rarely see people face on. Instead, I see the tops of heads or people’s profiles as they manipulate smartphones or tap on laptop keys. Such devices provide an escape from the reality of where people actually are and who might be observing them.

Consequently, people say hideously indiscrete things on their cell phones as though no one can hear them. On more than one occasion, I’ve heard business people bad mouth clients to folks at their home office via cell phones while waiting for their flights to depart. I’ve been tempted to tell them I own the company they’re denigrating just to see their reactions.

Cell phone abuse is particularly vile on a plane, and when the announcement is made to power down electronic gadgets, you’d think a drug supply had suddenly dried up. I’ve seen people panic for the few minutes they must go cold turkey until we reach cruising altitude or land.

If you are so addicted, remember you are sitting shoulder to shoulder next to a total stranger perhaps. This person can’t help but hear everything you say, whether he or she wants to or not. You don’t need to yell into your cell. If you absolutely must let someone know you have arrived for the purpose of catching a ride, do so and end the call quickly. This is not the time to talk about how miserable the flight was or what a moron you had sitting next to you. Most everyone on the plane can hear what you’re saying, so shut up already.

Once the plane has landed, there will always be a wait. This can be especially aggravating if you have a connecting flight and little time to make it. Things can get mighty tense if exiting the plane is delayed by those strugglers I mentioned earlier.

If I’m at my final destination, I let others with tight connections go ahead of me. Others have done the same for me on several occasions. It’s a simple gesture that costs nothing but a little time, and it goes a long way toward making air travel a little less hateful than it too often is.

After years of having to fly, I’ve offered these observations to remind myself and you of some things over which we do have control. One of those is our attitude. Keep one that is positive, and chances are you won’t be disappointed.

If you’re able bodied, not pressed for time, or simply feel inspired to do the right thing, think about others you’ll encounter on your next flight. Offer to help someone lift a bag into an overhead bin. Hang back to let others depart the plane first if you’ve reached your final destination. Move away from others if you must talk on your cell phone. Thank the flight crew for helping you reach your destination safely.

For many people, the very act of flying is terrifying or aggravating. Anything we, as passengers, can do to turn such feelings around is well worth the effort. 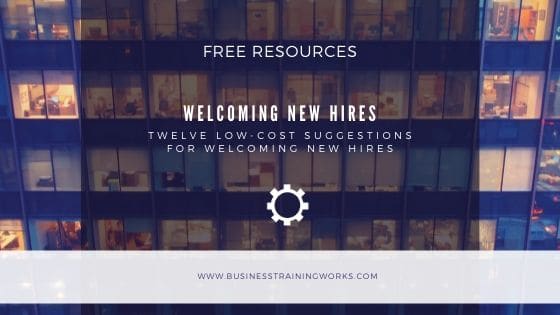 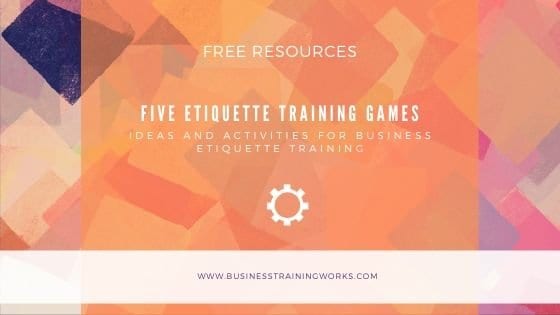 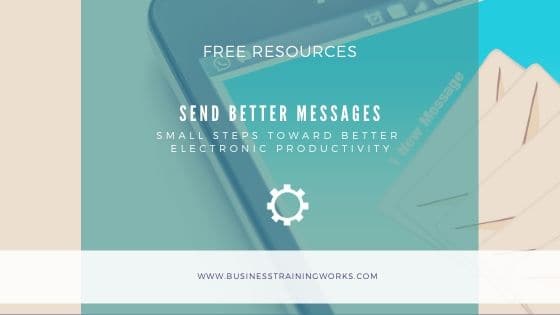 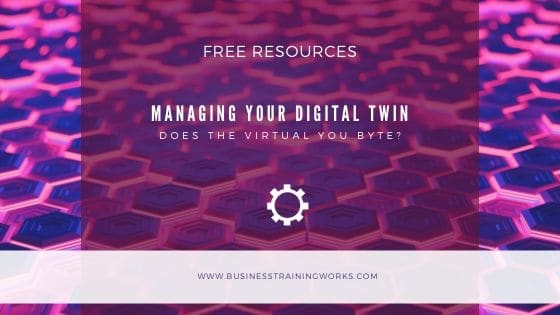 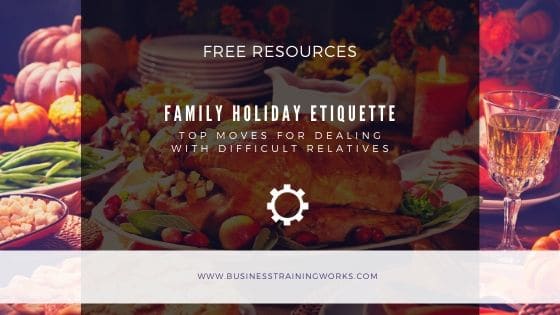 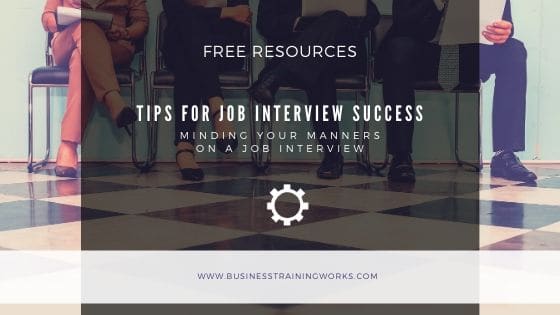 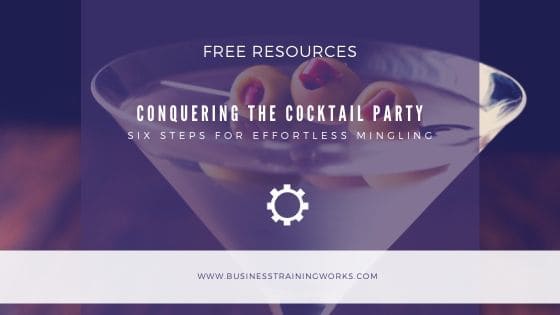 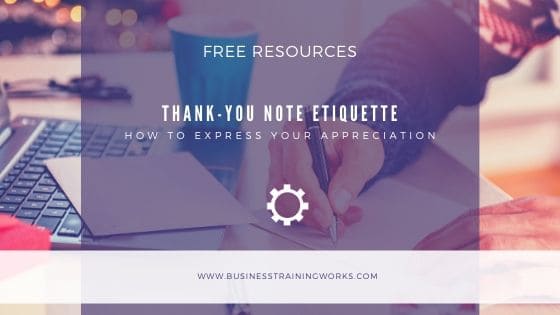 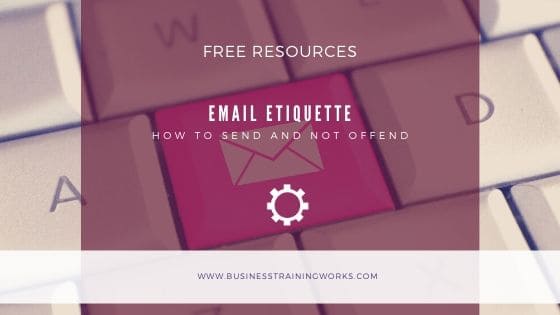 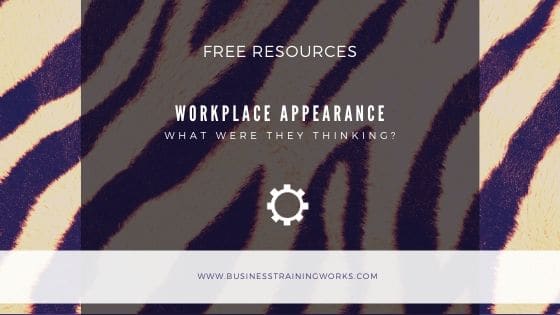 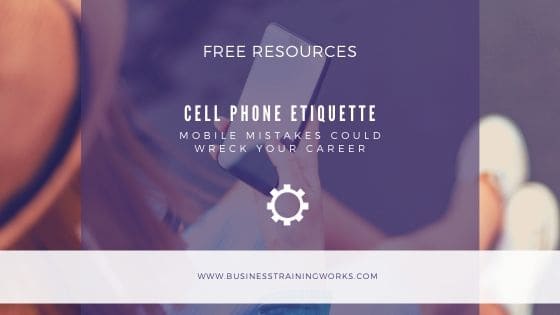 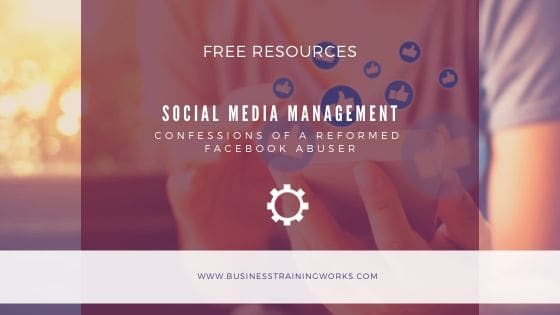 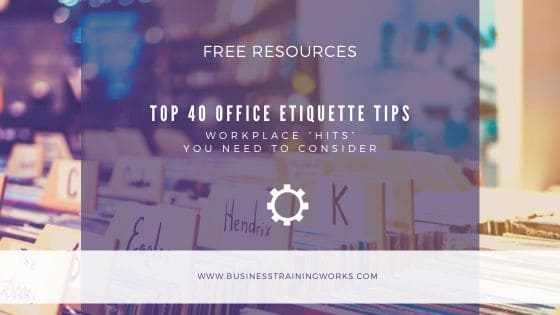 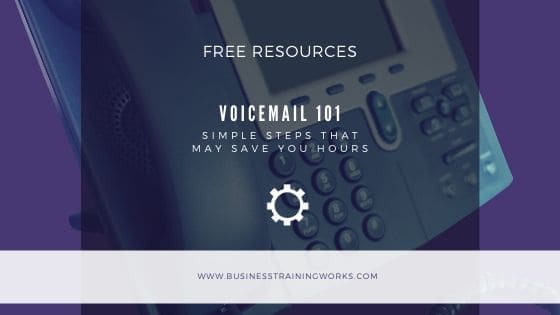 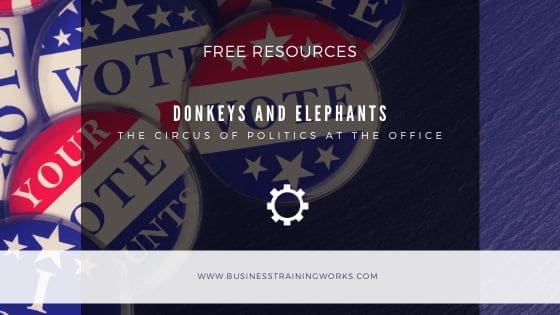 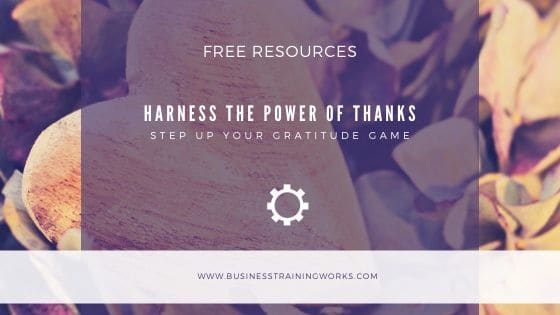