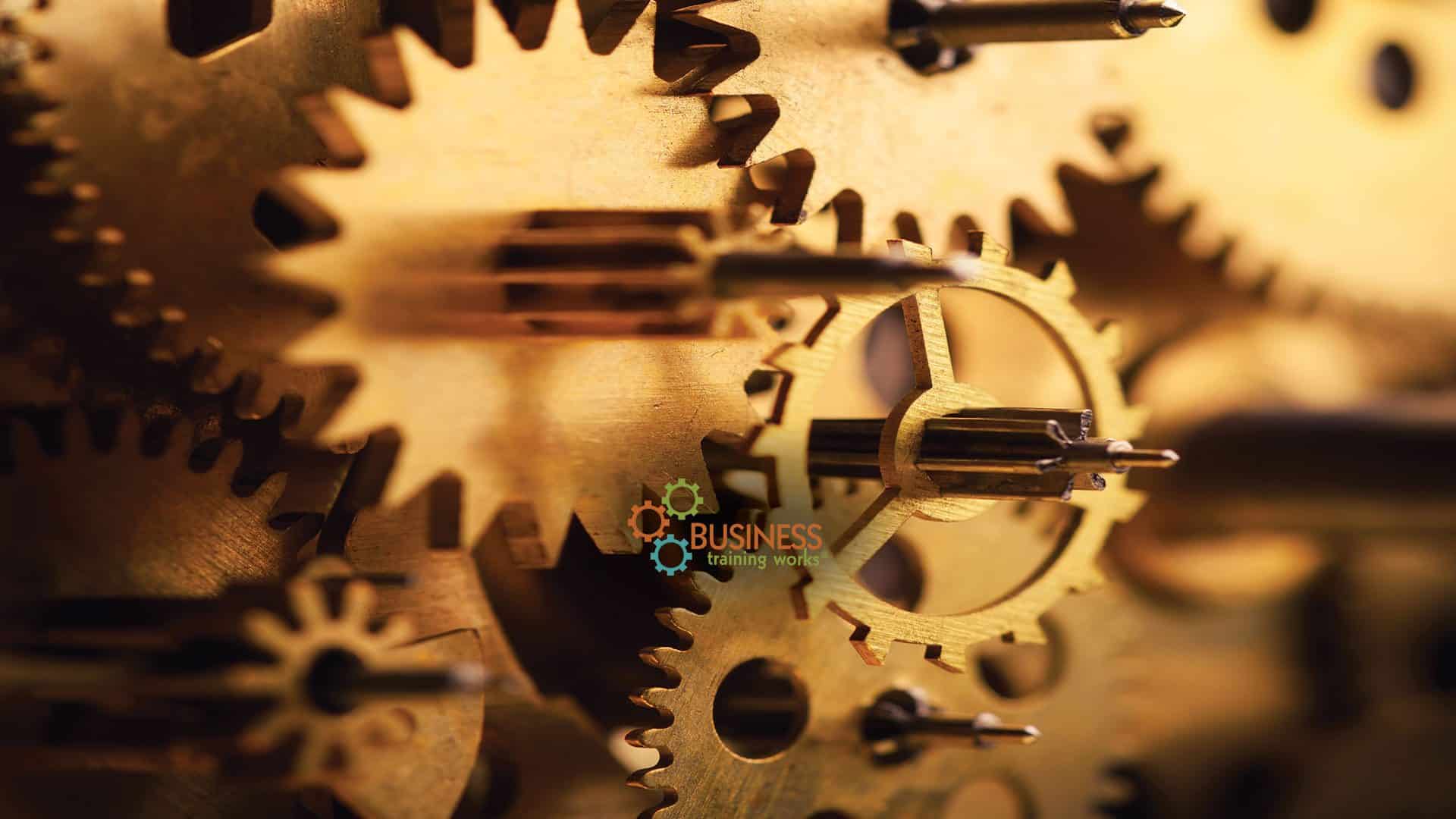 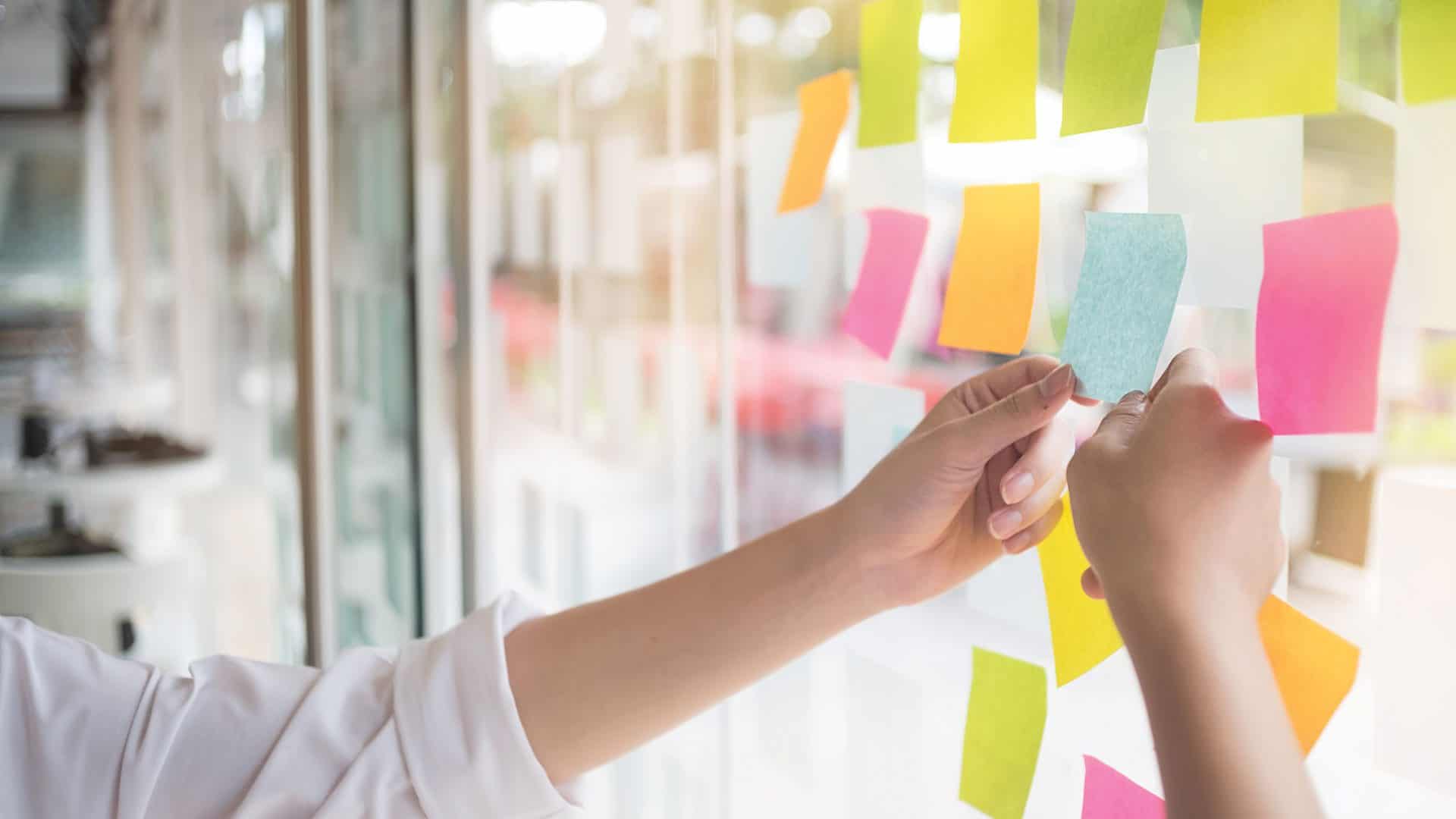 Expert Facilitators
It's About You 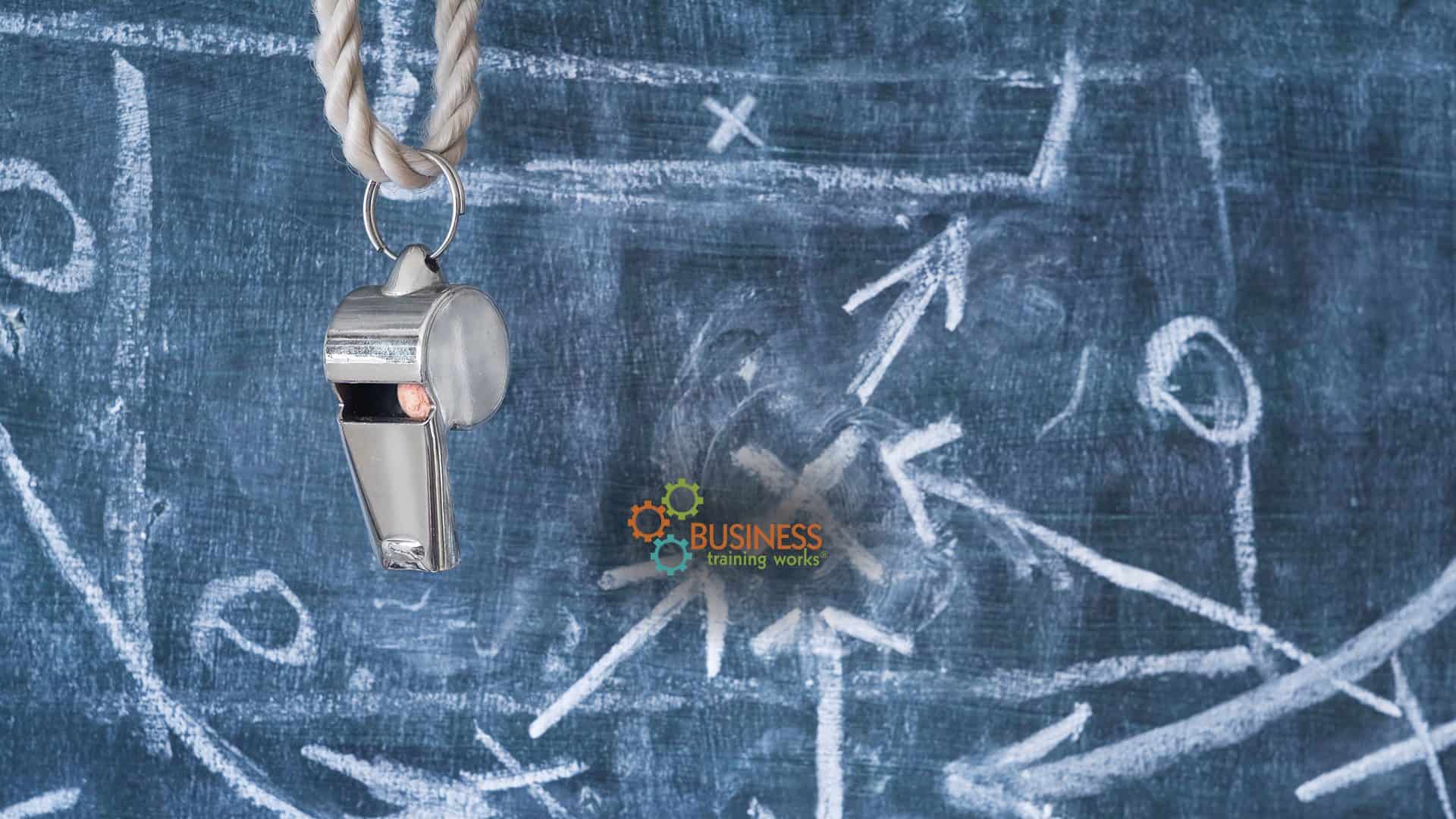 Experienced Coaches
We'll Help You Get Where You Want to Go 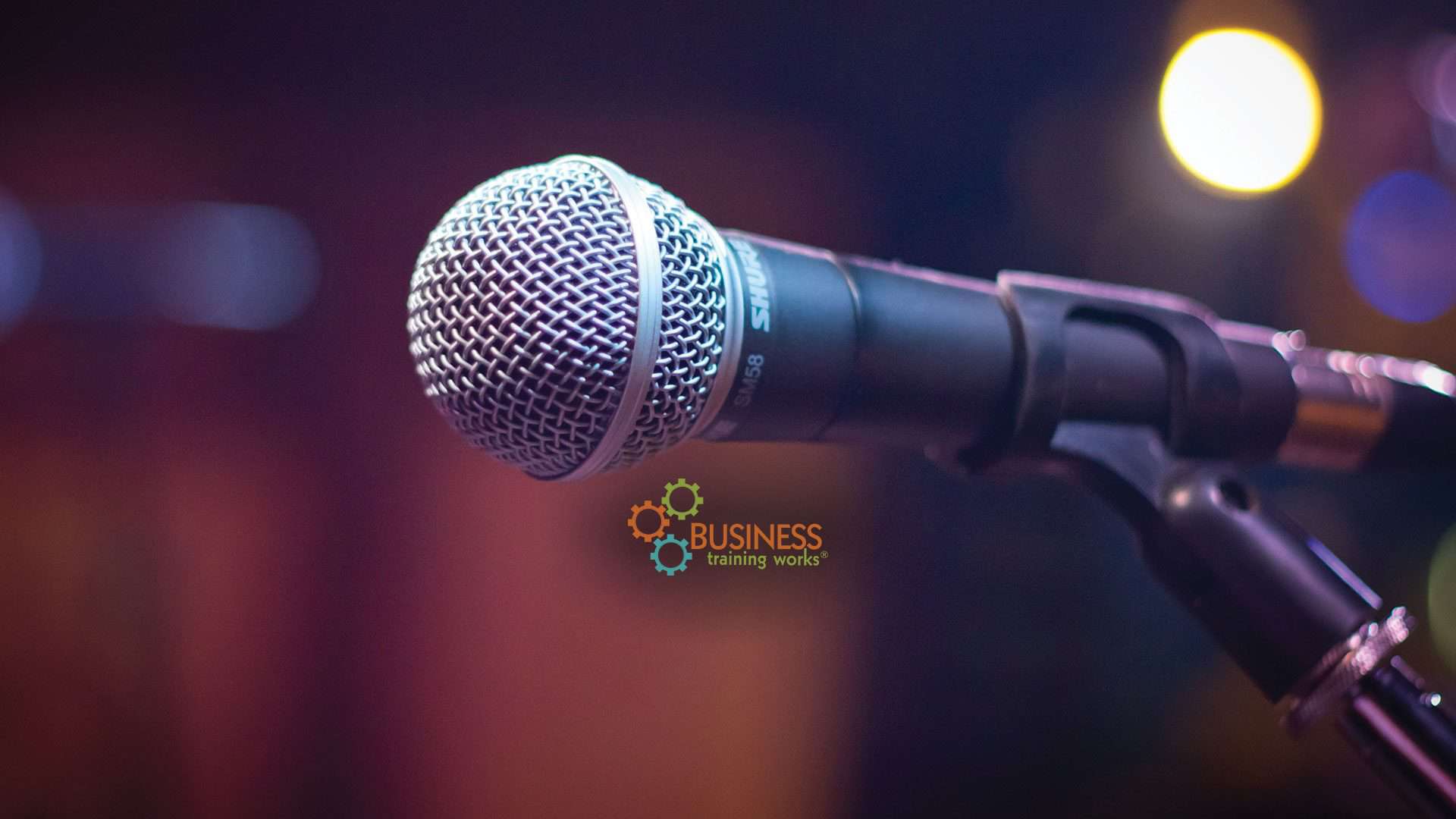 Pivot
Our Consultants Can Help

Known for his ability to make any topic not just interesting but also relevant and engaging, Thomas works with audiences across all generations and sectors. “Helping teams advance their professionalism in ways that bring more fulfilling workplace interactions—not to mention promotions—is one of the greatest rewards for what I do,” he says.

A nationally known media commentator, Thomas is regularly seen on the NBC Today show—among other outlets—where he provides insights on many types of communication challenges and matters of contemporary etiquette.

Thomas has delivered programs across a broad range of industries, from banking to transportation, pharmaceutical to education, government to real estate, energy to legal. Some of the clients he has worked with include AAA, American Express, the U.S. Department of Commerce, the U.S. Food & Drug Administration, JPMorgan, Nielsen, Toyota Motor Corporation, UPS, Viacom, the Walt Disney Company, and Wells Fargo.

Thomas began his career in the world of publishing, where he rose through the ranks of that industry, ultimately achieving a senior editor role at Town & Country magazine. Regarded as both a skillful writer and a facile editor, Thomas spent nearly a decade at T&C, where he penned feature stories on everything from the wonders of Antarctica to the thrill of driving an Aston Martin in the south of France.

He credits his ability to inform and educate live audiences to his years writing articles that put his readers in the moment. His experiences as a journalist have taken him high in the skies and below the ocean’s depths, spending time aloft with the U.S. Navy’s Blue Angels and at sea aboard a nuclear-powered submarine. He has also reported from the volcano-ravaged Caribbean island of Montserrat, where he toured the territory’s ash-covered capital with a face mask and a special escort.

Thomas began a new chapter in his career in 2009, when he struck out on his own and started working with law firms and banks seeking to burnish the communication and interpersonal skills of their incoming associates. He soon realized the need for his workshops on business etiquette and professional development reached far beyond these two industries to just about every sector of the American and global economy. He partnered with Business Training Works in 2013 and has since expanded his teaching platform to encompass the full panoply of subject areas the company offers, from sales and negotiation to managing millennials and from written and oral communication to effective hiring.

In addition to his regular appearances on the Today show, Thomas is a frequent guest on shows such as Dr. Oz and on channels such as the Food Network, with whom he partnered on a major Snapchat campaign in 2017. Known in the media as “Mister Manners,” he hosted a live, three-hour daily call-in show on Sirius-XM’s Martha Stewart Radio Network throughout 2012 and was a columnist on the subject of etiquette for the New York Post.

His insights have appeared in countless print and online publications, including the New York Times, USA Today, Money, the Los Angeles Times, Fortune, Forbes, Wired, Fast Company, and Real Simple. He is also a regular guest on local news shows coast-to-coast, including markets such as San Francisco, Chicago, and Washington, D.C.

Thomas has a degree in political science from New York’s Fordham University. He is fluent in conversational Spanish.

How has your background as a journalist enhanced your skills as a workshop leader and keynote speaker?

I’m naturally inquisitive. To me, there is no such thing as a boring topic. Just boring questions. If you can see past the trite and obvious, there is always a greater story to be told—one that will resonate with audiences in a way that is meaningful and memorable.

Having interviewed individuals from all walks of life—from corporate chieftains to Hollywood celebrities—I relish the challenge of establishing a quick rapport with different personality types and—in a very brief span of time—becoming trusted by them to hear and then share their story.

In my work for our clients, I never underestimate the value of making a positive impression from the moment I step in front of a group. From there, it is my job to maintain and build upon that impression throughout the time we have together—whether it’s an hour or several days.

What challenge do you most enjoy when it comes to working with a group?

I’m often brought in by companies that warn me: “Our team has zero attention span…getting them to come to a three-hour workshop is a major deal, so don’t be offended if they start to drift.” At the conclusion of those very same workshops, the participants often approach me to report: “I can’t believe how quickly that time flew!” Or: “I thought this was going to be such a waste of my time, but I learned so much.” And the greatest compliment of all: “I wish the session had been longer!”

Why do you think the subjects about which you speak and teach have so much relevance in the modern workplace?

As a culture, we’re rapidly losing the ability to communicate meaningfully and without misunderstanding. It’s ironic because that’s happening in an age when we have more platforms for communicating than ever before.

The tools for achieving workplace breakthroughs are all within our reach…we just need to know where to look for them and how to make them a regular part of our routine. That is a major focus in all of my programs.

You’ve worked with a breadth of clients…are there any experiences that stick out for you as particularly memorable?

I’ve had fantastic experiences with so many of our clients—some household names, some not. A few that stand out for their sheer uniqueness include the day I spent working with a Native American tribe in Washington State and a program I conducted for a group of coal miners in West Virginia. Both a far cry from my own life in Manhattan and yet so fascinating and enjoyable—as I hope it was for them as well.

You’re often brought in to companies for just a half a day. How do you build rapport with their employees in such a brief span of time?

It starts in the weeks before the session takes place. During advance planning calls with our clients, I home in on the specific challenges faced by their teams and ensure my presentation and participatory activities are germane to the attending staff. I seek out relevant case studies and, where possible, use role-play activities that are as real world for the participants as possible. And you’ll never find me using decks that are bogged down with text and bullet points. I use slides for visual impact only.

How do you compare doing live television with training?

During a broadcast interview, I often have less than five minutes for a segment. It’s an adrenaline rush every time. I’ve yet to work with a corporate client who needs me to speak that quickly! But both situations require me to stay on message, and to deliver insights that stick with the audience long afterward.

What is your favorite part of the travel involved in being a Business Training Works team member?

I’m an avid runner, so having the chance to hit the streets and parks of the cities and towns where our clients operate is such a treat. My favorite out-of-town route is to cross the Golden Gate Bridge on a beautiful San Francisco morning. I’m also a foodie and a culture hound, so discovering new restaurants or museum exhibits, particularly in a location I’m visiting for the first time, ranks high on my list, too.

Are there parts of the world that exert a particular pull for you as destinations you’d like to be training?

I’d love to be working with clients in Japan, Great Britain, France, and Germany. With my Spanish-language skills, I’d also like to bring our programs to Latin America. And, suffice it to say, I live for the day when we get a call for training on the Fiji Islands or in New Zealand.

“I would like to say that yesterday was simply amazing. Our team is very happy with the training and the content that was presented. Thomas was exactly who we needed to address our etiquette training needs. Our team was receptive and the activities were fun and engaging. I would definitely recommend Thomas to anyone looking to enhance their team with etiquette training.”

“I wasn’t sure what to expect and found it to be awesome. I am in business development and while I consider myself to be somewhat refined/savvy, I walked away with so many things to up my game while with clients and the number one lesson and tie back point is that it is 100% about making the client feel comfortable and special. What we do, how we act, how we present ourselves all feeds into that and our ultimate success as sales professionals.”

“Thomas Farley’s facilitation of the storytelling module was very engaging and effective. He started the session telling his own story. He asked participants to share their stories, and he respectfully critiqued them using this technique as a teaching tool.”